In a ceremony held at Air Force Station, Jodhpur in Rajasthan, Indian Defence Minister Rajnath Singh officially inducted the indigenously-developed Light Combat Helicopters into the Indian Air Force. LCH will be inducted into the 143 Helicopter Unit. Prachanda is the brand name for LCH. The induction of LCH not only enhances the combat capability of the Air Force, but it also contributes to the achievement of Atmanirbhar Bharat. During the Kargil War, the need for a combat helicopter was felt deeply, and the LCH is the culmination of two decades of effort. 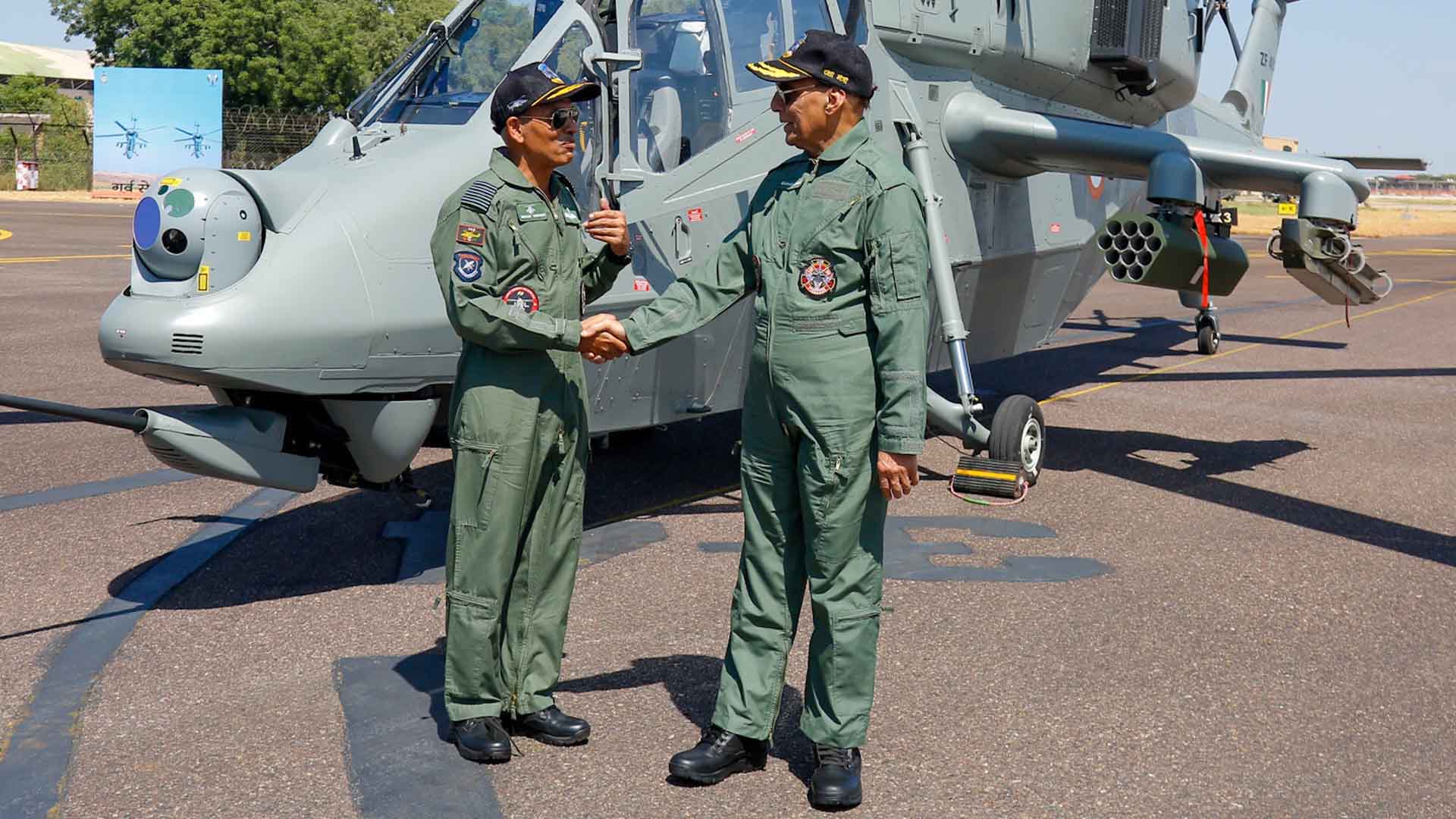 LCH was developed by Hindustan Aeronautics Limited (HAL). Designed primarily for deployment in high-altitude regions, it is a state-of-the-art modern combat helicopter. With a considerable load of weapons and fuel, the LCH is the only attack helicopter in the world that can land and take-off at an altitude of 5,000 meters. The helicopter has two Shakti engines and is equipped with stealth features, all-weather combat capability, armor protection, night attack capability, and crash-worthy landing gear. Due to its narrow fuselage and tandem cockpit configuration, LCH is extremely maneuverable and agile. It’s stealth features, such as low radar cross section and minimal infrared signature, make it possible to go behind enemy lines undetected and attack precisely.

In addition to its 550 km range, it has an operational ceiling of 6500 m. It is equipped with air-to-air and air-to-ground missiles, as well as 70mm rockets and a 20mm gun. There is a full glass cockpit, an Electronic Warfare suite, and a helmet-mounted display for the flying crew. Among the roles that LCH can perform are combat search and rescue, destruction of enemy air defences, and counter-insurgency operations in jungles and cities. In March, the Cabinet Committee on Security approved the purchase of 15 indigenous LCH helicopters. LCH’s induction into the Indian Air Force is expected to provide further impetus to Atmanirbhar Bharat Abhiyan. To reduce imports of defence equipment, the government is encouraging indigenous design, development, and manufacturing under the Atmanirbhar Bharat Abhiyaan.

European inflation is unlikely to have peaked – ECB…

Africa is primed to become a global leader in green hydrogen

Climate action initiative puts children at the center of…

Bird flu outbreak has led Tottori prefecture in Japan to…